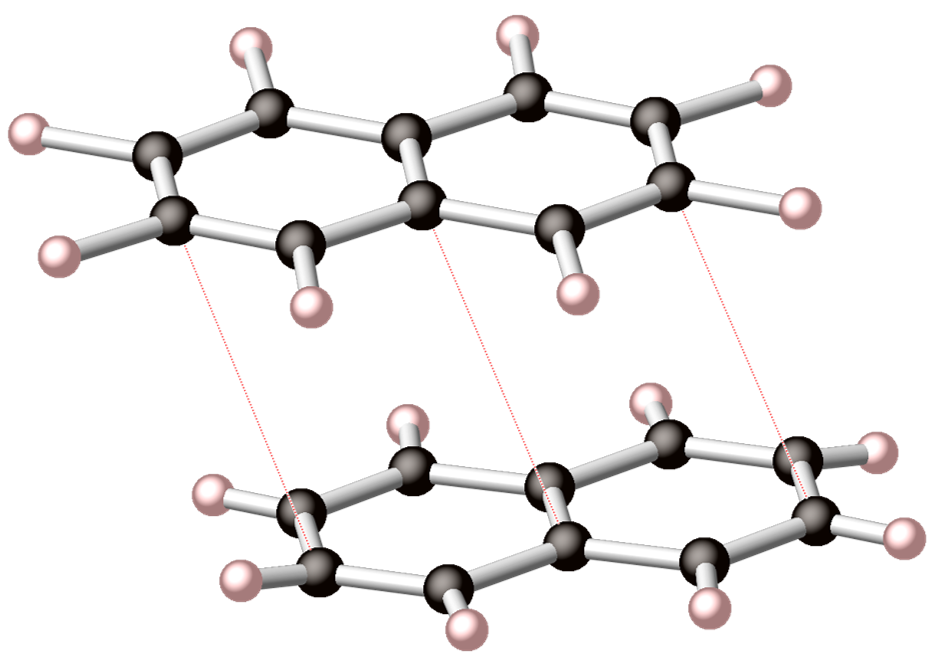 Many high-pressure materials that are recovered to ambient conditions were formed under conditions of thermodynamic stability. But this need not be the case, and entirely new metastable structures can be accessed by starting from metastable, high-energy states that can relax into local energy minima. One approach is to start with high-energy molecular, or extended precursors. Once pressurized, kinetically controlled reaction pathways may become favorable, and the system need not fully relax to the global energy minimum. High-energy molecular precursors may also exhibit favorable topology such that single-crystal transitions to extended states are possible. New intermediate structures between well-known global minima (e.g., states that exist between graphite and diamond) may be obtained by starting from higher-energy extended structures (e.g., glassy carbon). 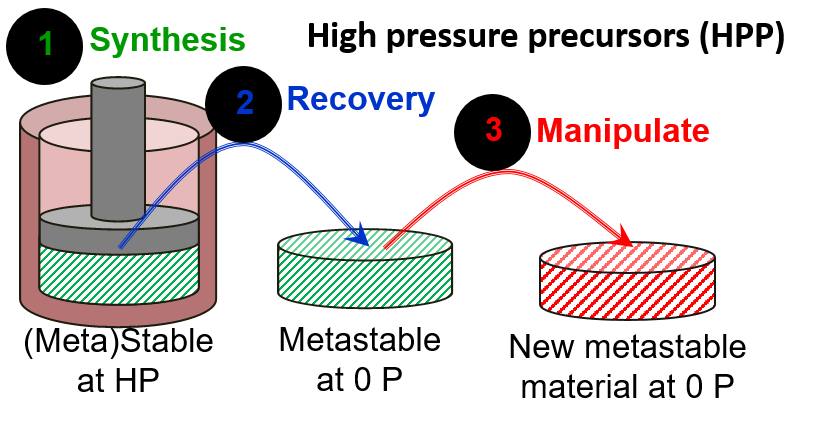 Recovered high-pressure materials contain stored pV energy, which can make them fascinating candidates for precursor states. These high-pressure precursors (HPPs) are often times metastable by ~30 kJ/mol and contain bonding arrangements and topologies that cannot be easily obtained by other methods. Once a material is synthesized at high pressure (it could be thermodynamically stable or metastable), it is recovered to ambient conditions (in which case it will definitely be metastable). This recovered material now serves as a high-energy precursor for additional chemical and/or physical manipulation. Due to the unique position of the HPP on the energy/configuration landscape, entirely new transformation pathways become possible. 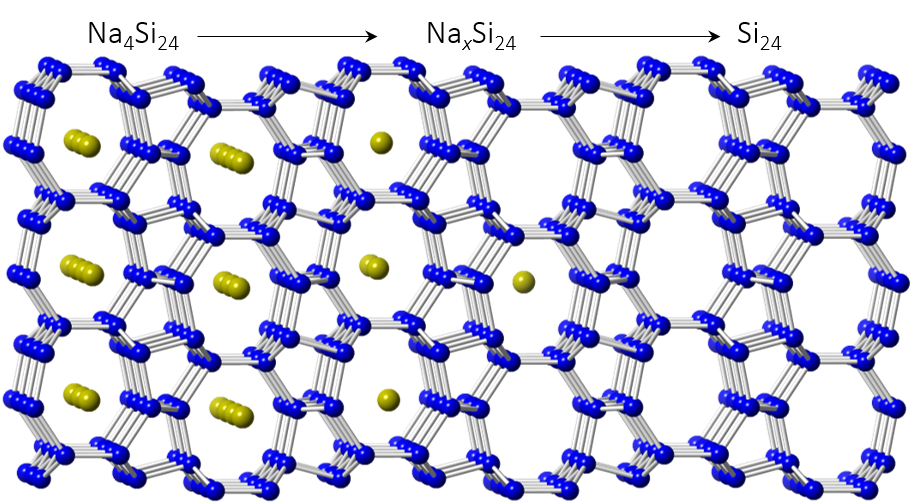 As an example of the HPP method, Na4Si24 is a high-pressure phase that is recoverable to ambient pressure. It possesses the clathrate-like CAS zeolite topology with large channels that propagate down the crystallographic a-axis. Once Na4Si24 is synthesized under high-pressure conditions (typically near 9 GPa and 900 °C), sodium atoms can be easily removed from the lattice at ambient pressure due to the large mobility provided by the channels. Thus, Na4Si24 is a HPP for creating a new allotrope of silicon, Si24. Once Na atoms are removed from the structure, the system undergoes a transition from a metallic to a semiconducting state. Unlike the normal, diamond-structured form of silicon, which exhibits a strongly indirect band gap of 1.1 eV (the direct gap is 2.3 eV higher energy), Si24 possesses a quasidirect bang gap. While the material is formally an indirect band gap semiconductor, the optically-allowed direct band gap is higher energy by less than 0.1 eV. Therefore, Si24 has the highest optical absorption coefficient of any known allotrope of silicon in the region where the solar spectrum has maximal intensity. In fact, the absorption coefficient of Si24 is comparable to state-of-the-art direct gap materials like gallium arsenide. Large (for high-pressure!), freestanding crystals of Si24 are now produced routinely, and could serve as templates for scalable metastable deposition growth methods to enable future energy applications. This HPP methodology may be applied to a range of systems and may allow access to new types of materials for energy and other advanced applications.